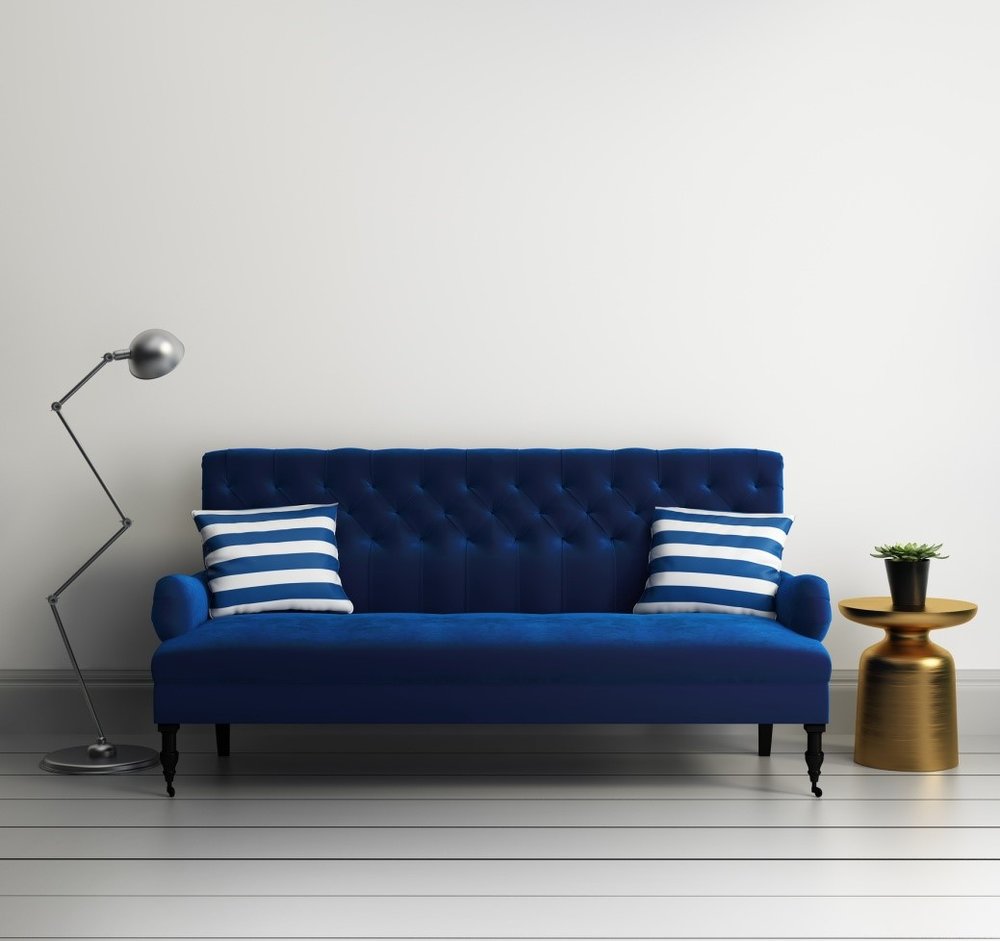 Listen up black, taupe, gray, and all other neutral colors — there’s a new neutral in town: navy blue. To call navy blue new, though, is a bit of a stretch. The color first came to prominence in 1748, when it was selected to be the color of officer uniforms in the British Royal Navy — hence, the name navy blue. In the centuries since, the color has found its way into works of art, fashion, and home décor. In fact, 2017 promises to be a very blue year.

THE BEAUTY OF BLUE

It’s odd to think of navy as a neutral color. It is, after all, an actual color — and that is the first mistake most people make when they think of neutrals. Many people believe that neutrals are void of color, which makes them boring.

The truth, though, is that neutrals are colors, and they are an important foundation in interior design because they:

Since navy blue is an unusual neutral color that offers so much variety, the reason for its increasing popularity is clear.

As a color, navy blue has a reputation of strength, tradition, power, calm, and security. In fact, the symbolism of the color is a big reason why a navy blue suit is the top choice for a job interview. In the home, navy can be both strong and playful, depending on how it’s used. It easily compliments other neutrals. When paired with white, for example, it can be quite nautical; with beige, it’s either casual or conservative; with bright colors, it’s modern and fun. Using navy in a commercial application, such as a bar or restaurant, conveys strength and sophistication. Use it as the grounding element within a space to make details pop. The color provides depth and elegance to a room that lacks character. Better yet, contrast a neutral space with navy in furniture and lighting fixtures. If the contrast between navy and lighter colors is a concern, you can always add a third color, for example, a lighter shade of navy, to ease the transition. Additionally, because navy changes with the light—almost black in shadowy areas to steel-like in bright light—it’s a very versatile color with which to work.

HOW TO USE NAVY TO DEFINE YOUR SPACE

The only limit in using navy in your home or business is your imagination. Try using it on the walls of your bedroom or even the ceiling of your restaurant. Explore navy furniture or drapery in the living room or waiting area and navy throw pillows or area rugs in the den or lobby. You might say that ideas for incorporating navy into your life are as vast as the sea.